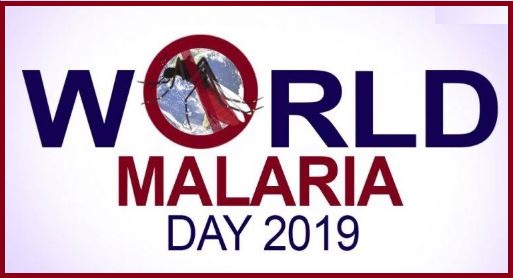 World Malaria Day is celebrated every year on 25th April around the world to recognize the global efforts to control preventable vector-borne disease malaria.

World Malaria Day also aims to highlight the need for continued investment and sustained political commitment for elimination and control of malaria.

World Malaria Day-2019 theme is "Zero Malaria Starts with Me". The theme is a grassroots campaign that aims to empower communities to take ownership of malaria prevention and care.

World Malaria Day was instituted to provide understanding and education of malaria and also spread information on the year-long intensified implementation of national malaria-control strategies. It is one of eight official global public health campaigns currently marked by the WHO.

Malaria is mosquito-borne infectious disease most commonly transmitted through the bite of infected female Anopheles mosquito.

Malaria is caused by parasitic protozoans (a group of single-celled microorganisms) belonging to Plasmodium type. After an infected mosquito bite human, parasites begin to multiply in a person’s liver.

Malaria can be controlled by early diagnosis.