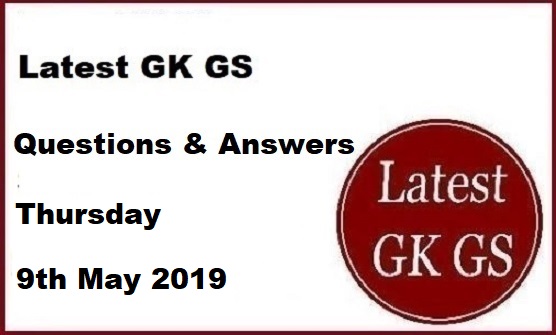 1. As per the report released by digital marketing platform SEMrush, who is the 2nd most followed politician globally?

2.  India was re-elected as Observer to which international forum??

3. Which Indian has been re-elected to International Narcotics Control Board?

4. Which nation has pulled from some key commitments under the 2015 nuclear deal?

5. Purple frog will soon be crowned as amphibian of which state?

6. Which nation has terminated its Black List of Indian-origin people?

7. From when Chardham Yatra begins?

8. What is the name of India’s first Solar Mission?

9. Which nation has appealed to the international community to lift travel warnings?

10. Which day is celebrated as International Nurse Day?

11.  Name the Father of modern legal education in India who passed away recently.?
Ans:- NR Madhava Menon
12. When was the World Thalassemia Day celebrated every year?

13. When was the World Red Cross and Red Crescent Day celebrated?