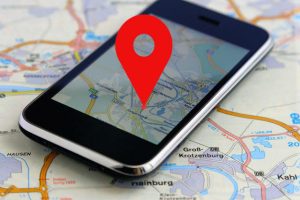 Lost And Stolen Mobiles: Register Your Complain On Helpline Number '14422' -Details, How It Works

In a bid, to meet increasing mobile lost or theft incidence, Government of India has come up with a solution by launching a '14422' Helpline Number.

Now, by simply calling or sending ‘SMS’ to Helpline Number ‘14422’ people can easily register complain of their lost or stolen mobile without visiting a local police station.

According to the Department of Telecommunications, ‘14422’ helpline service will be initiated first in the state of Maharashtra by the end of May 2018 and in 21 circles by December 2018.

The Centre for Development of Telematics (CDoT) has developed a Central Equipment Identity Register (CEIR) which contains the database of all the IMEI numbers of blacklisted handsets.

The IMEI is a 15-digit number unique to each mobile phone that identifies the make, model and manufacturer. It helps in tracking a phone and calls by law enforcement agencies as well.

Each mobile network has an equipment identity register, classifying permitted IMEIs under a whitelist. Phones that don’t conform to the local regulations are listed on what is called a grey list, while those that are stolen or lost are on a blacklist.

Telecom department on a taking of fake IMEI numbers and tampering of IMEI number has declared a punishable offense with up to three years of imprisonment & fine.

Department of Telecom Approved Merger of Telenor India with ...

India Mobile Congress-2018 To Be Held On October In New Delh...

India gets 47th Position in Inclusive Internet Index 2018 Re...