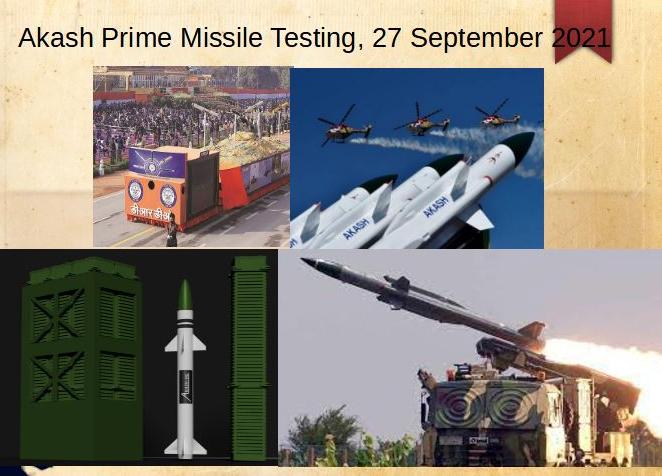 On 27 September 2021, a new variant of the Akash missile was successfully flight-tested at the Chandipur integrated test range in Odisha.

In its first flight test, the 'Akash Prime' missile intercepted and destroyed an unmanned aerial target that mimicked an enemy aircraft.

G Satheesh Reddy, Chairman of the Defense Research and Development Organization (DRDO), stated that the Akash Prime system will strengthen the trust of the Indian Army and Air Force, as the Akash system has already been installed and is now being improved with more powerful missiles.

The Akash Prime is a medium-range mobile surface-to-air missile (SAM) designed by the Defense Research and Development Organization (DRDO) and manufactured by Bharat Dynamics Limited (BDL).

The Akash SAM was created to replace the Russian 2K12 Kub (SA-6 Gainful) missile system, which is still operational.

The Akash Prime is equipped with an indigenous Radio Frequency seeker that improves target accuracy in a variety of situations, including cold temperatures in high altitude operational zones like the northern and northeastern frontiers.

First Made In India Aircraft carrier, Vikrant, DRDO, About, Detail

Vikrant, The First Made In India Aircraft carrier, Testing a...