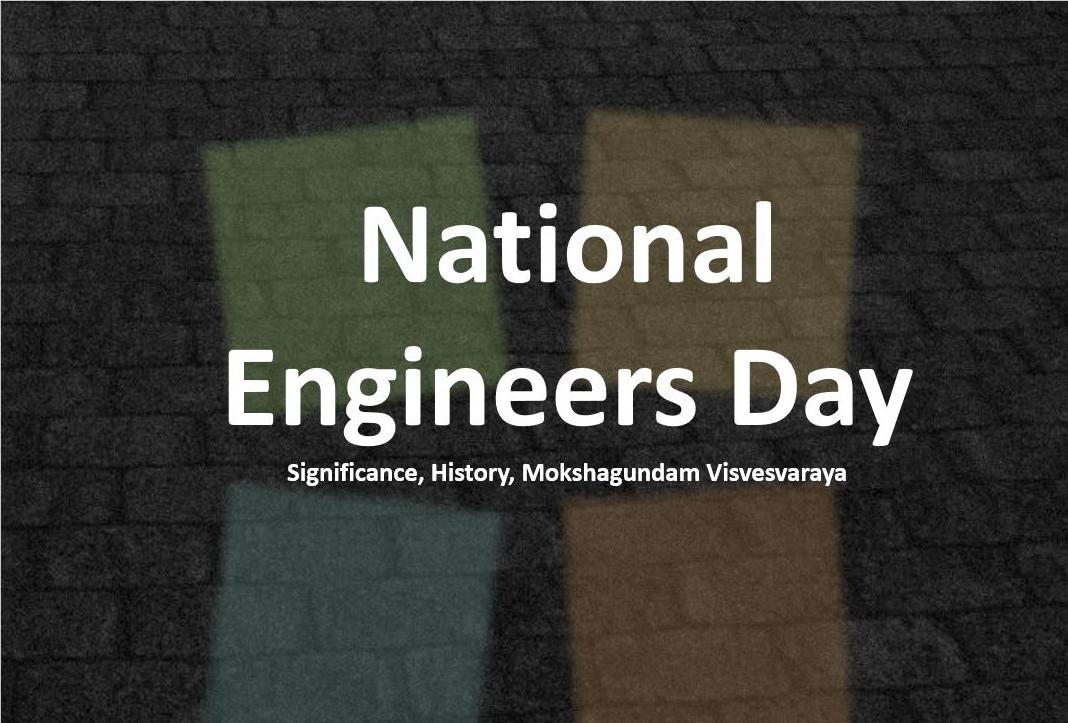 The Engineers Day is celebrated across India on 15 September every year to give a tribute to the greatest Indian Engineer Bharat Ratna Mokshagundam Visvesvaraya.

Mokshagundam Visvesvaraya was born on 15 September 1861, in Muddenahalli near Chikkaballapur. He later became India’s most famous civil engineer, dam builder, economist, statesman. He can also be considered as one of the best nation builders of the last century.

M. Visvesvaraya was also the Diwan of Mysore from 1912 to 1918. He was the chief engineer in the construction of the Krishna Raja Sagara Dam in Mysore and also the chief designer of the flood protection system for the city of Hyderabad. Due to his outstanding contribution to the society, Government of India conferred 'Bharat Ratna' to this great man in the year 1955. He was also awarded the British knighthood by King George V, and therefore he has the honorific "sir".

He is known worldwide for his contribution to harnessing water resources. Visvesvaraya was one of those who are responsible for the building and consolidation of dams across the country. He is also credited with inventing the Block System -- automated doors that close in the conditions of overflow.