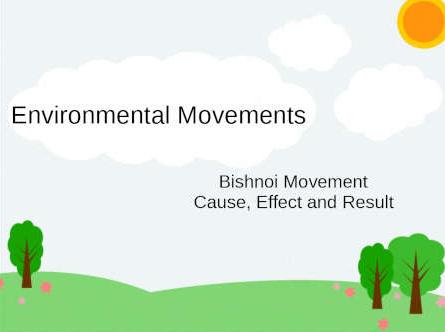 What is the Bishnoi movement?

Why did this happen?