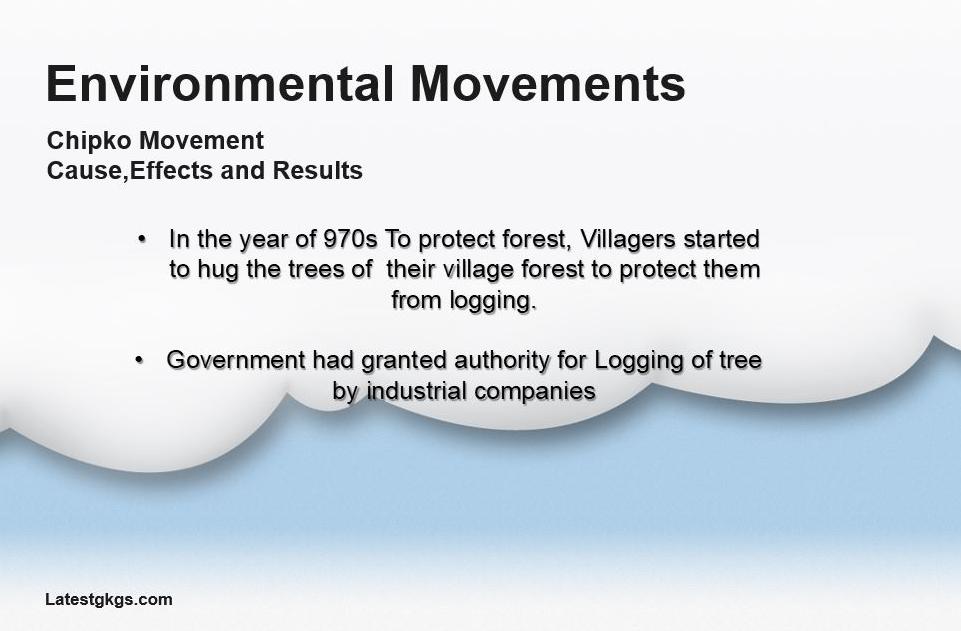 What is the Chipko movement?

In the year the 1970s To protect the forest, Villagers started to hug the trees of their village forest to protect them from logging. The government had granted authority for the Logging of trees by industrial companies. Villagers' movement became famous as the Chipko movement as they hug trees when authorities come to destroy jungle.

Why did this happen?