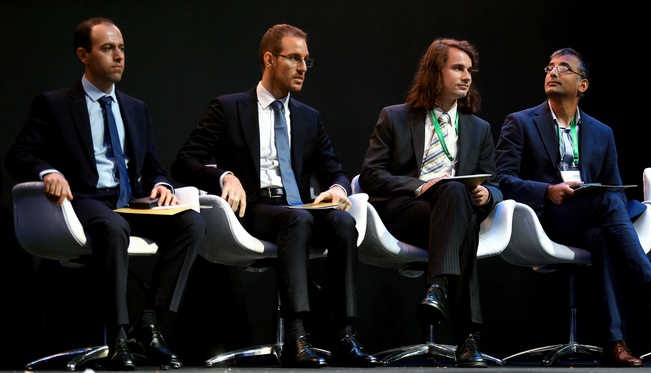 The Fields Medal is considered the Nobel Prize of mathematics, and this year the International Mathematical Union chose to award it to Alessio Figalli, Caucher Birkar, Akshay Venkatesh, and Peter Scholze.

1. Alessio Figalli: He is born in Italy.  He is Full-time Professor and Chair of Mathematics at ETH Zürich (Switzerland), works on the theory of optimal transportation and is an expert on functional and geometric inequalities. He had investigated fundamental problems in the field of partial differential equations and the calculus of variations.

2. Caucher Birkar: He is born in 1978, Iran. He is UK based Kurdish-Iranian mathematician and professor at the University of Cambridge. Birkar studied Fano varieties and singularities of linear systems. He proved several fundamental problems such as Shokurov's conjecture on boundedness of compliments and Borisov–Alexeev–Borisov conjecture on boundedness of Fano varieties.

3. Akshay Venkatesh: He is the Indo-Australian mathematician. He was awarded for his synthesis of analytic number theory, homogeneous dynamics, representational theory, and topology  which has resolved long-standing problems in areas such as the equidistribution of arithmetic objects.

4. Peter Scholze: Peter Scholze, a professor at the University of Bonn and Director at the Max Planck Institute for Mathematics, has discovered a new class of geometric structures, known as perfectoid spaces, with which number-theoretical problems can be processed. The 30-year-old is only the second German to ever receive this prize.