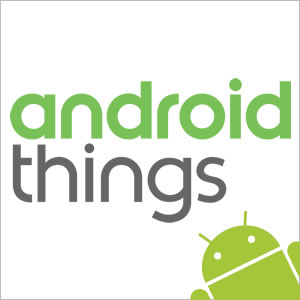 Alphabet Inc’s Google launched Android Things (codenamed Brillo), a variant (or spinoff) of an Android operating system for the Internet of Things (IoT) devices such as smart home appliances and other smart machines.

Mainstream cloud providers – Amazon, Google, and Microsoft – are banking on the IoT strategy to drive traction for their respective cloud platforms.

Android Things is the latest attempt from Google to connect the dots between the cloud and devices. It will support Bluetooth Low Energy and Wi-Fi.

Android Things as an IoT OS it is designed to work as low as 32–64 MB of RAM. It will support Bluetooth Low Energy and Wi-Fi. Google also introduced Weave protocol along with Android Things, which will be used by these devices, will use to communicate with other.

Android Things are Android-based embedded operating system (OS) platform developed by Google. It is aimed to be used with low-power and memory constrained Internet of Things (IoT) devices, which are usually built from different microcontroller unit (MCU) platforms.

Every Android device can automatically recognize any Brillo OS or Weave API based device. Users can choose a device, set it up and use it immediately.