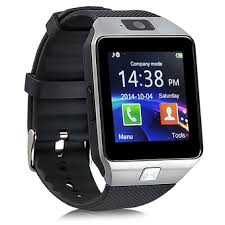 Google to launch a new software early next year 2.0 smart watch for its android users

To end the ongoing speculation, Google has officially confirmed to launch two smart watches next year.

The 2.0 smart watches will not contain any pixel or Google’s branding rather it will contain OEM name which is the name of clock maker-company.

This is a quite surprise for its users as Google has earlier removed the OEM branding from pixel smartphones and now it is launching smart watches with OEM branding.

It is also expected that Motorola, Samsung and LD will manufacture these smart watches.

Smart watches will be manufactured in different sizes as well as different designs for men and women.

The smart watch will contain apps like Google voice assistant, Android pay and other apps which does not even require a smartphone.

AIIMS successful trial and application of Dhadcan app for ca...

Whatsapp enhancing the new feature for its Android users to ...

» Whatsapp to stop operating from January in Old OS Smartphones