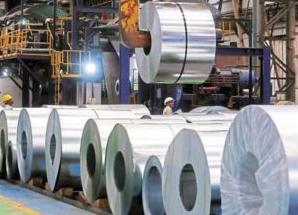 According to Steel Users Federation of India (SUFI), has become the world’s 2nd largest producer of crude steel in February 2018.

As per the report, earlier in the year 2015, India had overtaken the United States to become the third largest producer of crude steel.

According to SUFI’s recent report, India’s crude steel production accounts for 93.11 million tons (MT) for period April 2017 to February 2018 and was up 4.4% as compared with April 2016-February 2017 period. This helped India to overtake Japan to stand 2nd largest producer of crude steel in the world.

As per the report, India’s hike in crude steel production is a result of policies undertaken by the NDA Government, PM Modi initiatives followed series of steps taken to limit imports, push local demand with initiatives like Make in India and implement GST and infrastructure projects, to encourage the domestic market.

India's Steel Ministry is working robustly to lay down the roadmap eventually to achieve 300 million tons by 2030.