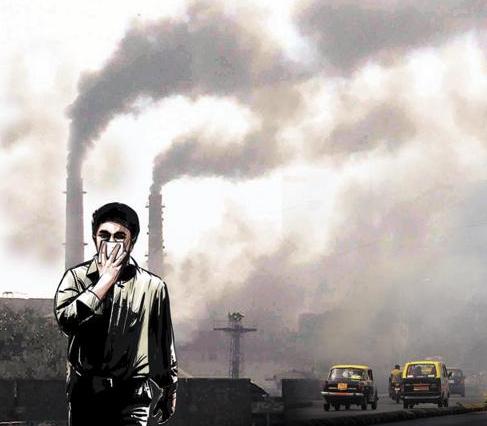 According to the recent research report released by Indian Institute of Technology (IIT)-Delhi in collaboration with environmental NGO, Centre for Environment and Energy Development (CEED) worst air quality in last 2O years is one of the major reasons for high numbers of premature deaths in India.

The research study was conducted on 11 north Indian cities i.e. seven in Uttar Pradesh (Allahabad, Kanpur, Lucknow, Meerut, Varanasi and Gorakhpur), three in Bihar (Patna, Muzaffarpur and Gaya) and one in Jharkhand (Ranchi).

COPD was the largest cause of deaths (at 29.7%) and lung cancer the lowest (0.6%). The largest share in total burden was attributed to ALRI in Agra and Meerut and to COPD in Allahabad, Gaya, Gorakhpur, Kanpur, Lucknow, Patna, Muzaffarpur and Varanasi.

The estimates were not instant deaths but represented premature (earlier than the expected lifetime of Indian population) deaths due to chronic exposure from pollution. This premature mortality burden will be reduced by 14 to 28% annually if these cities achieve of Indian air quality standards.

Biodegradable Urinals for women features, usage It is a big...

A Memorandum of Understanding has been signed between Defenc...