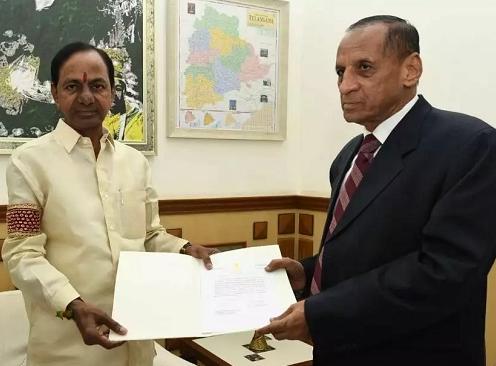 Governor ESL Narasimhan has approved the proposal to dissolve the Legislative Assembly of the Telangana government on September 06, 2018. With this, the state has already cleared the way for assembly elections ahead of time, which would have been with the Lok Sabha elections so far.

The Telangana National Committee Government's tenure in Telangana is till May 2019. However, Chief Minister Chandrashekhar Rao wants to go to polls later this year along with the elections in four states. It is worth mentioning that at the end of 2018 assembly elections of Madhya Pradesh, Chhattisgarh, Rajasthan and Mizoram will be held.

After the division of Andhra Pradesh in 2014, Telangana emerged as the 29th state in Indian politics. TRS won the assembly elections in May 2014. In these elections, TRS occupied 63 seats out of a total of 119 seats and won 11 of the 17 Lok Sabha seats.