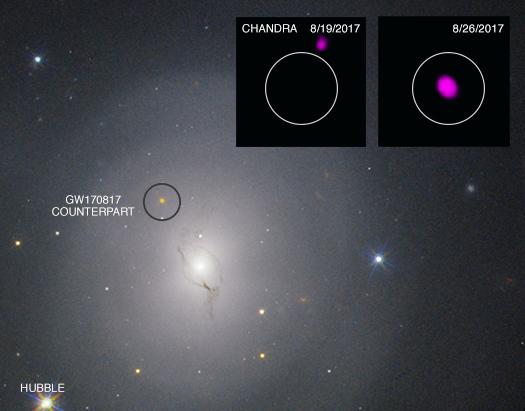 For the first time, scientists around the world able to photograph a collision between two neutron stars, around 130 million light years away from the planet earth on 17th August 2017.

Gravitational Waves can be produced in neutron stars collision or merger of binary black holes.

The scientist has announced that gravitational waves detecte...