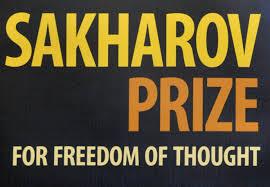 They have escaped somehow and then stated a campaign against them for Yazidi Community.

It is named after soviet scientist and Andrei Sakharov and is awarded annualy on 10th December which is celebrated as Human Rights Day.

It is awarded to the individuals or organisations who have dedicated their life for the defence of human rights and freedom of thought.

Constitution of India: Declaration of the Rights of Man and Citizen

Declaration of the Rights of Man and Citizen’s Natural...