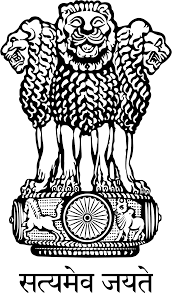 Operation Clean Money (OCM) was instituted by Income Tax Department (ITD) on 31st January 2017, promptly after government's demonetisation move in November 2016, with the aim to recognize and analyse the tax evaders with undeclared incomes (Black Money) under the tax base.

Online verification of cash deposits on E-Filing portal (www.incometaxindiaefiling.gov.in) was initiated under OCM campaign, on 1st February 2017, in order to provide a chance for identified non-taxpayers to submit an online explanation.

Operation Clean Money, website (www.cleanmoney.gov.in) portal has been formulated by the Central Board of Direct Taxes (CBDT) which got officially launched by Arun Jaitley, Minister of Finance on 16th May 2017 in New Delhi, with the objective to allow citizen engagement and educating taxpayer.

The panel of the finance ministry in which panel convenor Ak...

CBDT: Father's name on PAN Card is not necessary

The CBDT (Central Board of Direct Taxes) announce Father's N...

Alternate identity documents can help to have services under...