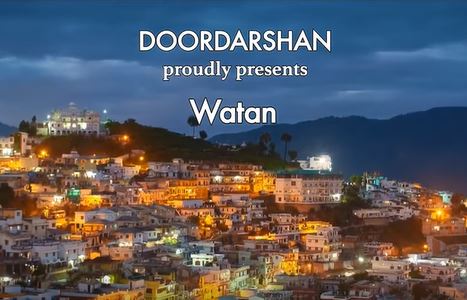 The special song 'Watan' has been created by public service broadcaster Doordarshan (DD) and Prasar Bharati for 2019 Independence Day.

Watan Song pays tribute to New India, to the bravery and valor of armed forces and to martyrs of India. It will add color and fervor to celebrations of 73rd Independence Day of India.

Watan Song highlights several path-breaking initiatives of the government such as vision and determination behind the recent successful launch of Chandrayaan 2, India’s second lunar exploration mission.

Watan Song has been sung by famous Bollywood singer Javed Ali and has been penned by lyricist Alok Shrivastav and music composed by Dushyant.

Watan Song is being broadcasted by all stations and kendras of Akashvani and Doordarshan.

Watan Song Is Made Copyright Free by Doordarshan and Union Ministry of Information and Broadcasting for all FM stations, entertainment, news TV channels, social media, and all other communication platforms to ensure that more citizens of the country enjoy and share the song.

» American Revolution: Influence of the American War of Independence