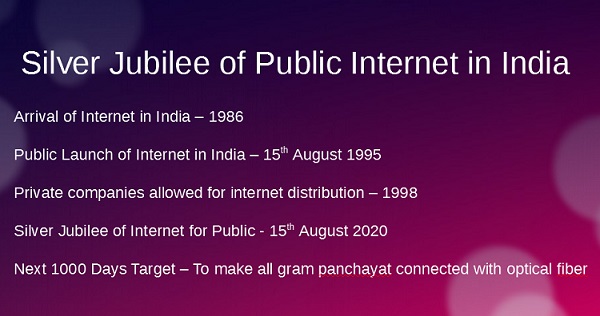 Internet service was launched in India on 15th August 1995 on the day of Independence celebrations. However, India was having worldwide internet connectivity from the beginning of 1986 but it was purely for research and education. Its official launch for the public came in 1995.

Videsh Sanchar Nigam Limited was the company behind bringing the internet in India. Since its public launch in 1995 half of the population of India using the Internet for their purpose today.

The Government Of India took the decision to give internet distribution rights to the public from VSNL to private firms in 1998. This brings the rapid growth of internet connectivity across India.

Edge Computing and Its role towards 5G 5G and edge computin...

What are the drawbacks of edge computing? One downside of e...

What are the Benefits of Edge Computing? The need for speed...

What are the Edge Computing and Edge network? Edge computin...

History of the Internet In India

» US and China War Over 5G Internet : Details, Reason, Significance