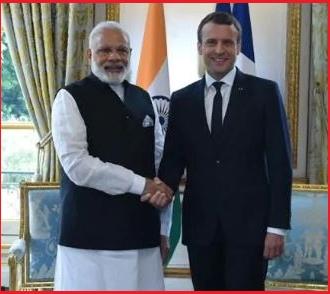 Indian Prime Minister Narendra Modi has officially visited France from 22nd to 23rd August 2019, where he met the President of France, Emmanuel Macron.

PM Narendra Modi and President Emmanuel Macron held a bilateral summit in Paris, France. During the talks, both the nation's leaders discussed their bilateral relations and ways to open new areas of cooperation for India and France.

On the occasion, India and France sign 4 MoUs which are as follows:

PM Narendra Modi will now participate in the G7 Summit scheduled to be held from 25th August 26th August 2019 in Biarritz.