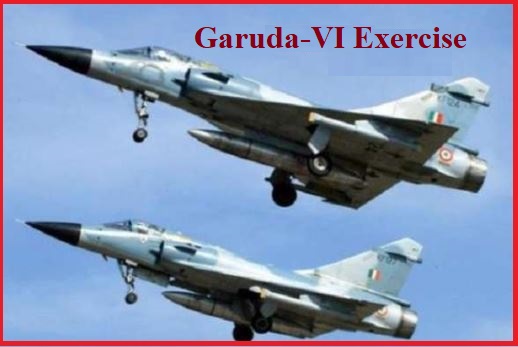 The Indian Air Force (IAF) is participating in a bilateral exercise between Indian and French Air Force named ‘Garuda-VI’ exercise in France from 1st July 2019.

This is the sixth edition of the ‘Garuda Exercise and is being planned at French Air Force Base, Mont-de-Marsan.

The last exercise, ‘Garuda V’ was held at Air Force Station Jodhpur in  2014.

Indian Air Force contingent comprises of 120 air-warriors and four Su-30 MKI along with an IL-78 Flight Refueling aircraft will participate in the exercise.

With this, India and France will be benefitted by executing difficult and realistic missions and sharing of know-how and operational lessons which will improve the operational capabilities of both the forces as well as consolidate the cooperation between French and Indian Air Forces.

India & France MoU in the field of energy efficiency &am...