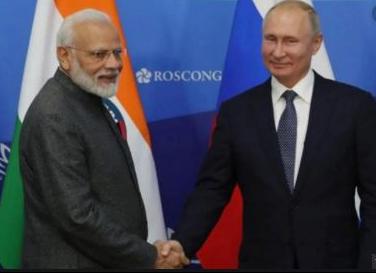 PM Narendra Modi announced that India would be providing $1 billion worth 'Line of Credit' for the development of the Far East.

This is the first time that India is providing a line of credit to an area of another country.

This initiative would also add a new aspect to India's economic diplomacy and help strengthen India's cooperation with friendly nations in the region.

India and Russia have taken their relations beyond the boundaries of government ties to people-to-people cooperation. Both the nations also signed more than 50 business agreement in Voldivostok at EEF platform.