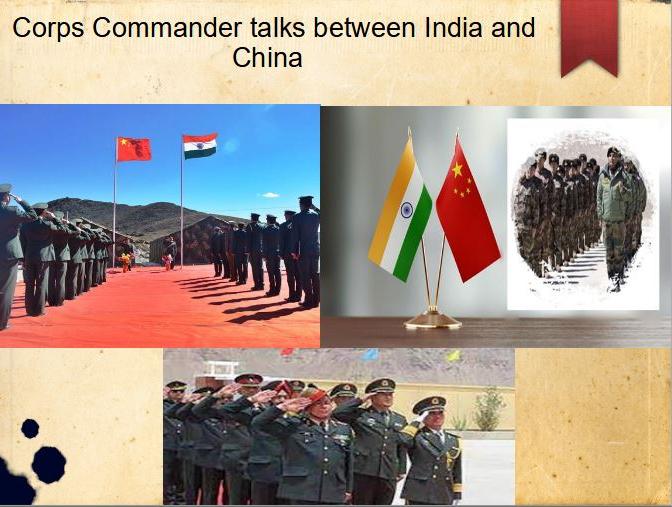 The 13th round of Corps Commander-level discussions between India and China is expected to take place, with the goal of ending the deadlock in eastern Ladakh, according to Army Chief General Manoj Naravane. Working out a disengagement plan from the Hot Springs area, among other things, would be the main focus.

The discussions have been going on for over a year “We are confident that the 13th round of discussions would take place very soon, probably as early as next week, in the second week of October,” Gen Naravane told ANI during a two-day visit to Ladakh's forward districts.

We are optimistic that as we talk things over with each other, we will be able to come to an agreement on how this disengagement will take place, and that all the friction points will be resolved,” he said.

“Definitely there has been an increase in their deployment in the advanced areas, which is a subject of concern for us,” the Army Chief added, referring to China's deployment of troops throughout eastern Ladakh and the Northern Front all the way up to India's Eastern Command.

However, he said that the Army is keeping a close eye on all Chinese advancements and, depending on inputs, is making infrastructural changes to match. “We are currently well-positioned to meet any eventuality,” he said.

The Army has placed the K9-Vajra 155mm, 52 calibers tracked self-propelled howitzer near the LAC in Ladakh, considerably increasing its firepower. “These guns may also be used in high-altitude environments, and field tests have proven to be quite successful. We've now gained a full regiment, which will be extremely beneficial,” said Gen. Naravane.

India's benefit with TIR Convention vs China's One Belt One Road

» India's benefit with TIR Convention vs China's One Belt One Road