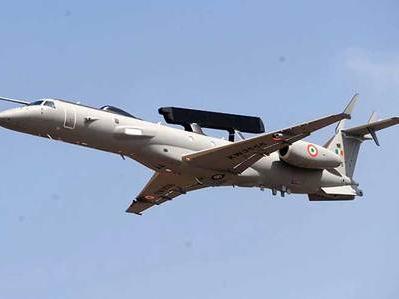 Airborne warning and control systems (AWACS) are considered eyes in the sky India is battling debilitating cataract in this military arena.

China and Pakistan induct more such force-multipliers, the IAF is faced with a double whammy due to a deadlocked deal with Israel and Russia along with painfully slow progress in indigenous efforts.

In February 2017 the force also inducted an indigenous AEW&C (airborne early-warning and control system) christened Netra in about seven years behind schedule.

The government is ready to pay only about $800 million for the two AWACS, and not the $1.3 billion being demanded by the original equipment manufacturers.

The two aircraft under the AWACS-India project will be ready only by 2024-2025 at the earliest.

Rs 5,113 crore project in March 2015, under which 360-degree coverage indigenous AESA (active electronically scanned array) radars are to be mounted on Airbus A-330 wide-body jets.

» IAF Marshal Arjan Singh dies at 98 due to cardiac arrest