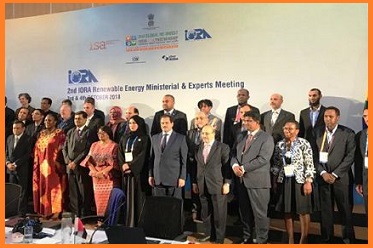 IORA is a regional forum, tripartite in nature, bringing together representatives of Government, Academia, and Business for promoting co-operation and closer interaction among them.

» About Delhi Declaration on Renewable Energy

» SC Verdict: List of services where Aadhaar 'is' & 'not' mandatory