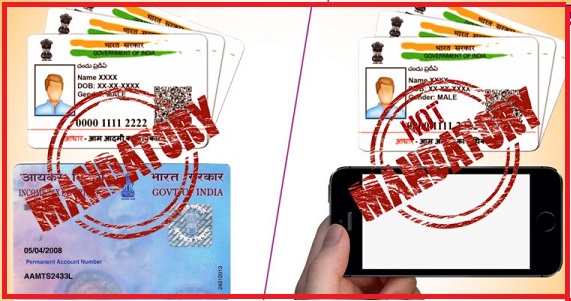 The Supreme Court in a historic verdict on the Aadhaar Act, verify its Constitutional validity and listed out a number of services where Aadhaar is not required.

SC five-judge constitution bench, led by Chief Justice Dipak Misra, struck down Section 57 of the Aadhaar Act which allowed not only the government but also any "body corporate or person" or private entity to demand Aadhaar.

Aadhaar will no longer be mandatory for availing services such as:

Government can't disclose data on national security grounds: The controversial Section 33(2) of the Aadhaar Act, which makes an exception to the primacy of security of data of an individual and allows an officer of the rank of joint secretary to disclose it in matters of national security, has been revoked by the Supreme Court.

Aadhaar will continue mandatory for availing services such as: