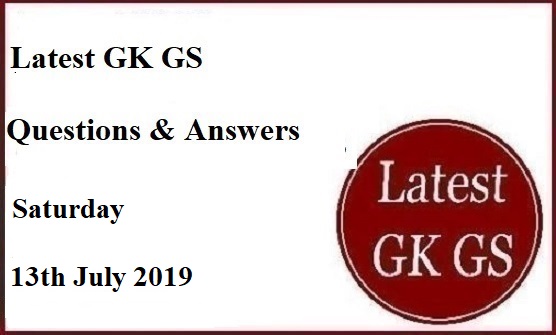 1. Roger Federer will be facing which tennis player in Wimbledon 2019 semi-finals?

2. Which among the following platforms would be introducing ‘Learning Playlists’ for educational videos?

3. The Super 30 movie starring Hrithik Roshan is a biopic based on whose life?

5. In order to prevent the sale of unauthorized water bottles, by which name has the campaign was launched by RPF?

6. Name of the virus that hit 1.5 crore android devices across the country recently.

7. India’s Child mortality reduced to what percent as per the Multidimensional Poverty Index 2019?

8. Which public sector bank recently announced to do away with charges on NEFT and RTGS transactions through the internet and mobile banking from July 1?

9. Who was appointed as the Secretary (Overseas Indian affairs) in the External Affairs Ministry?

10. Which state plans to develop Centres of Excellence for skill development in the Aviation Industry?