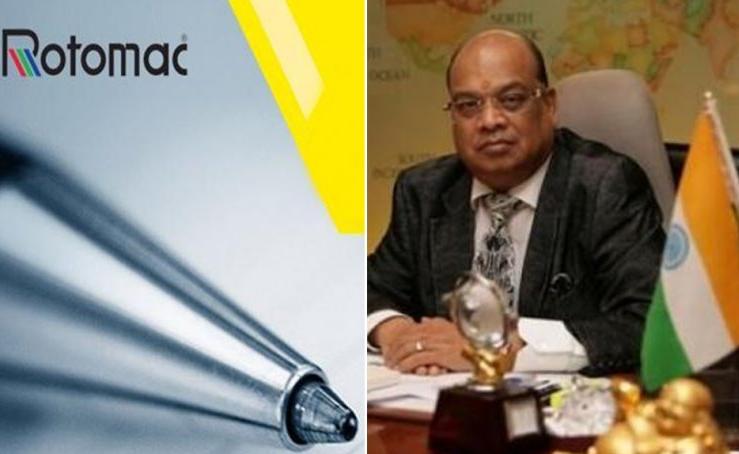 The Bank of Baroda (BoB) filed a complaint against Rotomac Global Pvt Ltd and its directors Vikram Kothari, Sadhana Kothari and Rahul Kothari, on 18th February 2018.

The CBI had registered an FIR under criminal breach of trust, diversion of funds and violation of foreign exchange rules against Rotomac campaigner Vikram Kothari for a loan default of Rs 456.63 crores.

The CBI started their investigations on 19th February 2018, by probing all the three accused directors and conducted searches across three places in Kanpur, followed by sealing their offices and premises in Kanpur & New Delhi.

The CBI FIR also added that Calls and emails to the Rotomac Group office in Kanpur seeking no response. And the Rotomac had diverted the sanctioned loans to another “fake company”, from where the money was routed back to Rotomac.

Vikram Kothari clarified in a statement that ‘Humors of my leaving the country is fake. I am a resident of Kanpur and I will stay in the city only’.

At present CBI, ED and Income Tax Department are making their investigations on the scam case and had asked all the directors of Rotomac not to leave the city.

WHO: 14 Indian Cities Topped The List Of 20 World’s Most Polluted Cities

Prime Minister Narendra Modi lays foundation of first ever I...