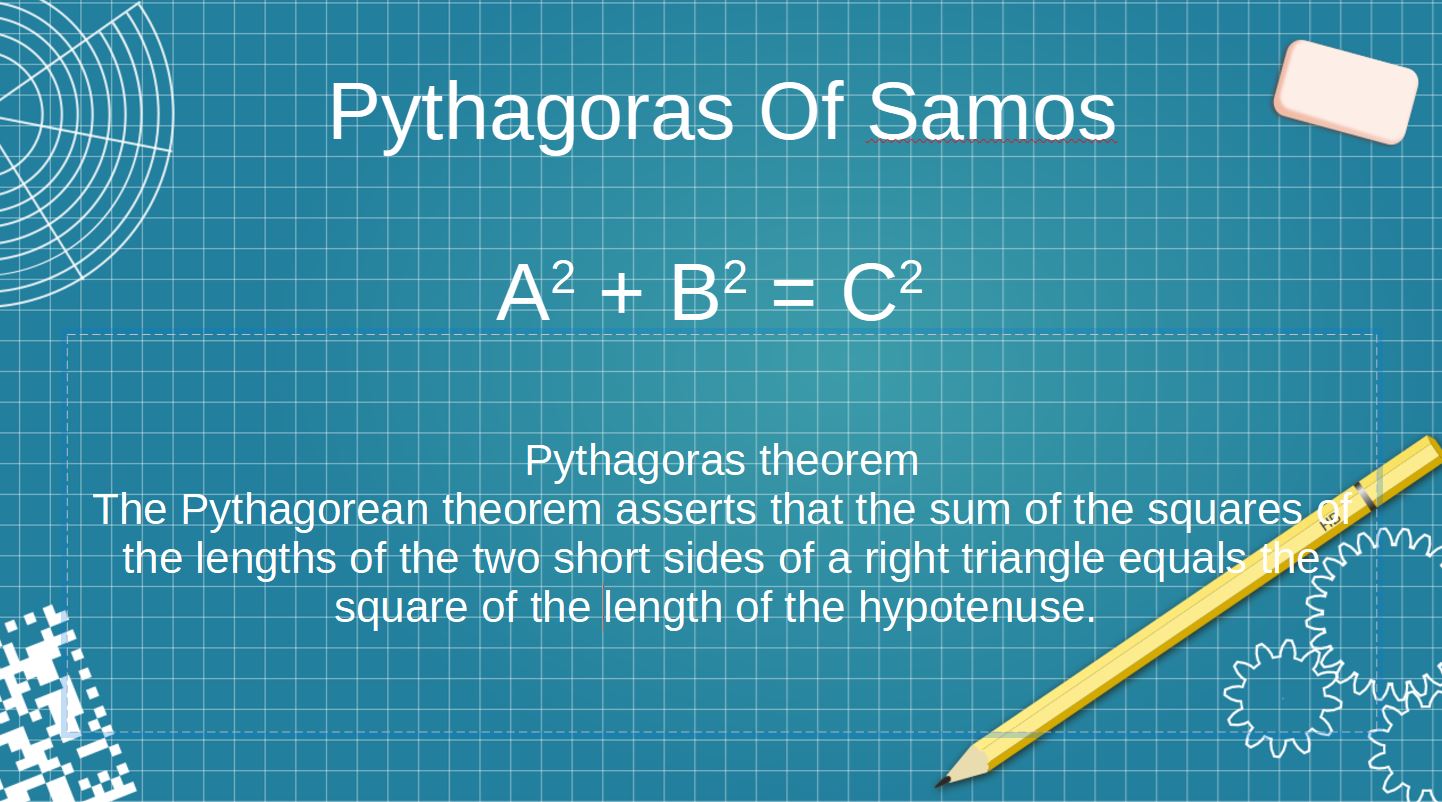 Pythagoras of Samos, the eponymous founder of Pythagoreanism, was an ancient Ionian Greek philosopher. His political and theological doctrines were well-known in Magna Graecia, and they impacted Plato's and Aristotle's beliefs, as well as Western philosophy.

Pythagoras was a Greek philosopher who made significant contributions to mathematics, astronomy, and musical theory. The Babylonians had understood the theorem now known as Pythagoras' theorem for 1000 years, but he may have been the first to prove it.

The Pythagorean theorem asserts that the sum of the squares of the lengths of the two short sides of a right triangle equals the square of the length of the hypotenuse. The Pythagoras theorem can be represented algebraically as a2 + b2 = c2

Introduction of sir Isaac Newton Philosophy and Role in Euro...

Maksym Radziwill and Kaisa Matomaki for revolutionary work i...