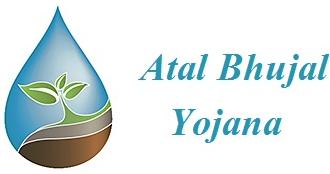 In order to acknowledge the ever-growing problem of groundwater depletion,the Indian Government introduced the Atal Bhujal Yojana (ABY) in December

2019.It has been launched under the Jal Jeevan Mission of the government.

The scheme will be implemented by the Ministry of Water Resources,River Development and Ganga Rejuvenation and now it is known as Jal Shakti Ministry.

Half of the cost of the mission is funded by the Government and the other half by World Bank in the form of loan.

And to encourage community participation,the government has planned to give 50% of the money to gram panchayats and states as incentives for

*It aims at groundwater management in priority areas through community participation.

*Two major types of groundwater systems are covered in the scheme - alluvial and hardrock aquifers.

*These states cover 25% of the over-exploited,critical and semi-critical blocks in terms of groundwater in India.

for fostering sustainable groundwater management in the participating states.

» Mission For Integrated Development of Horticulture (MIDH) : Strategies and Activities