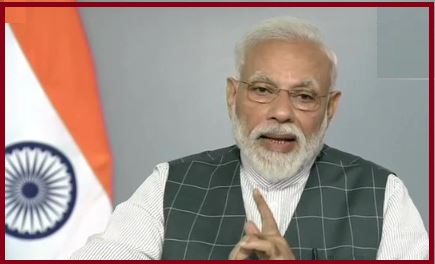 PM Narendra Modi on 8 August 2019, addresses India after revoking Article 370 and 35A from Jammu and Kashmir (J&K) and providing the status of Union Territory to it and Ladakh.

PM Narendra Modi started his speech by congratulating the entire nation and the people of Jammu and Kashmir and Ladakh as it is a new beginning for both the regions.

PM Modi said that both Article 370 and Article 35A were being used as a weapon by Pakistan against India. About 42,000 people are killed so far.

PM Modi now new implementation will provide a right to education all in J&K and will provide all government schemes benefits to women in both the regions.

PM Modi, also announced a promise to extend the same employment benefits to police and state administration workers and promised that all posts lying vacant in J&K will get filled now.

The PM Scholarship scheme will also be expanded to Jammu and Kashmir now. PM Modi promised that the job opportunities will increase in J&K.

Jammu & Kashmir will now get a chance to elect its own leaders now and under the new system, J&K will be free of terrorism and separatism.

PM Modi also proclaimed that the new system will boost tourism and attract tourists from all over the world. He also requested Indian film fraternity to again make shooting possible in J&K and Ladakh and established theatre their.

PM Modi wished everyone on the holy occasion of Eid and said that the government is ensuring that the people in J&K can celebrate Eid without any further problems.

» GI Tag: Odisha gets Geographical Indication Tag for its own Rasagola