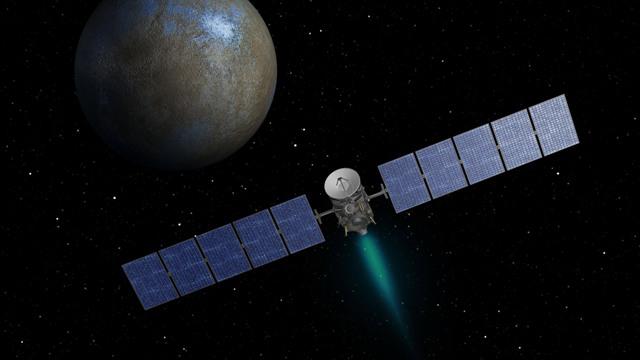 NASA has announced that a second extension of the Dawn mission at Ceres, allowing the spacecraft to get a closer look at the largest object in the asteroid belt between Mars and Jupiter.

During this extension, the spacecraft will descend to lower altitudes than ever before at the dwarf planet which it has been orbiting since March 2015.

The spacecraft will continue at Ceres for the remainder of its science investing and will remain in a stable orbit indefinitely after it fuel runs out.

The Dawn flight team is studying ways to manoeuver the spacecraft into a new elliptical orbit which may take it to less than 200 kilometers from the surface of Ceres at closest approach.

The Mission planners estimate the spacecraft can continue operating unit the second half of 2018.