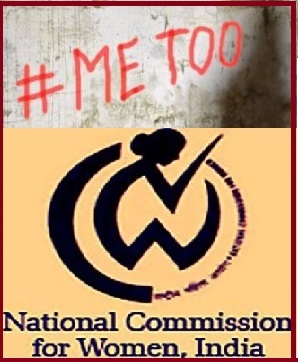 The NCW decision came when commission noticed that the #MeToo in many such cases of sexual harassment, the victims do not want to alleged offenders beyond naming & shaming and register a formal complaint.

The NCW applauded the courage shown by those who have spoken out and came forward to help punish the persons responsible for such incidents. It condemned any act of invasion of private space of women.

On a serious note, NCW considered that the views revealed of violation infringe the constitutional rights of women and the perpetrators of such violence need to be penalised as per law.

The #MeToo movement began as a hashtag on Twitter in October 2017 as part of a campaign to promote women "empowerment through empathy". It is a movement against sexual harassment and sexual assault.