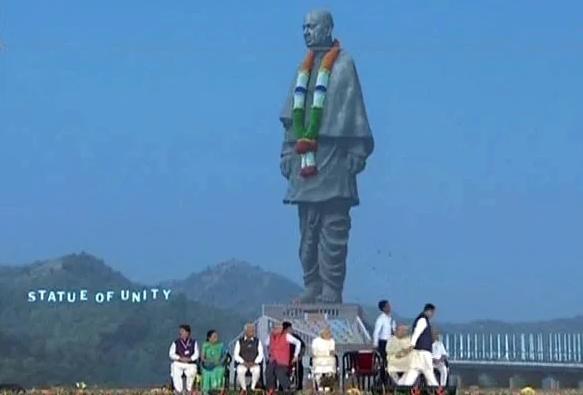 On the occasion of the 143rd birth anniversary of India's first Home Minister Sardar Vallabh Bhai Patel, he organized a national unity race in the capital.

Many senior BJP leaders and Union ministers joined the program.

Sardar Patel was a great leader who unified the princely states.

His statue is the highest statue in the world and it will be unveiled today (by Prime Minister Narendra Modi).

It took 41 years to honour Bharat Ratna, the first Home Minister of India.

This Patel's birth anniversary is a national festival which is being celebrated all over the country.

Sardar Patel was given the highest civilian award of the country Bharat Ratna 41 years after his demise in 1991.

If not Sardar Patel has unified the princely states in the country, he will not be able to move freely.

Sardar Patel's 'Statue of Unity' was unveiled by Prime Minis...