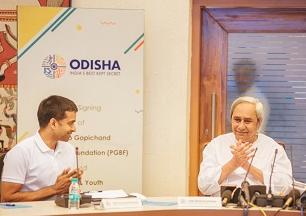 The MoU was signed between the Sports and Youth Services Department, Government of Odisha and Pullela Gopichand Badminton Foundation.

Odisha government will provide complete financial support for the proposed badminton academy. PGBF will provide technical support such as coaching and physiotherapy services for the players.

Odisha now has a lexicon for rare tribal languages And a Uni...