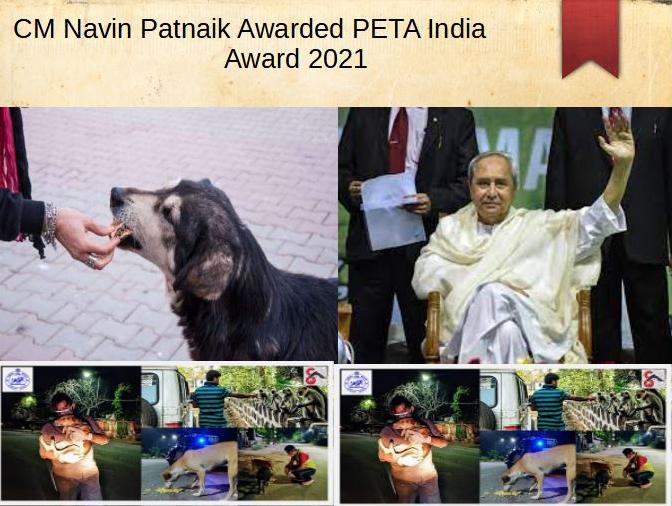 Odisha Chief Minister Naveen Patnaik has been honored with the 'Hero to Animals Award' by PETA India, an organization fighting for animal rights. People for the Ethical Treatment of Animals (PETA) has given him an award for distributing cash to feed communal animals in Odisha during the lockdown caused by the new coronavirus epidemic.

Not only people but also animals have been affected on a large scale by the lockdown. In view of the starvation problem of the animals, the Chief Minister sanctioned Rs 54 lakh from the relief fund for the maintenance of the animals of the state. The animal feed initiative is being organized in five municipal corporations and all 48 municipalities of Odisha.

PETA India is situated in Mumbai, India, and was created in the year 2000. It focuses on concerns involving animals in labs, food, the leather trade, and entertainment.

PETA and the Animal Welfare Board of India-approved NGO Animal Rahat took involved in a nine-month examination into 16 circuses in India. The AWBI outlawed the registration of elephants for performance in 2013 after it was shown that "animals used in circuses were exposed to prolonged confinement, physical abuse, and psychological agony."