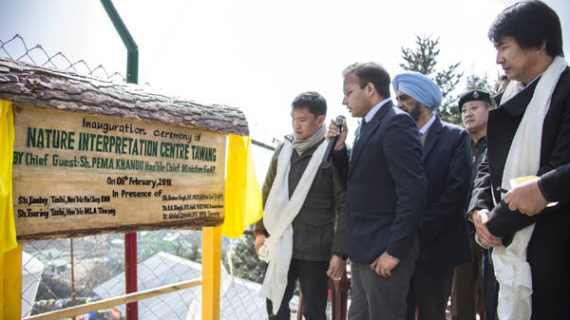 The NIC centre was established and managed by Forest Department in Tawang district of western Arunachal Pradesh.

CM Pema Khandu, in an inaugural event, informed that the main aim of NIC centre is to help and encourage people in developing a better understanding for nature and it should not result in an ecological imbalance. It is of major importance that development should be low-impact and not result in the destruction of nature.

CM Pema Khandu also thanked the forest department for such initiative and suggested to build NIC centres in other forest covered districts of Arunachal Pradesh.

CM Pema Khandu further added NIC centre will help people to be awaked about nature’s importance and would aware them of its conservation needs with several other benefits of nature.

CM Pema Khandu directed the department to send an immediate proposal for required manpower for NIC centre, which will be sooner cleared by the cabinet. He further informed that the State Government has created several posts for tiger protection force, which will be recruited from unemployed local youths.