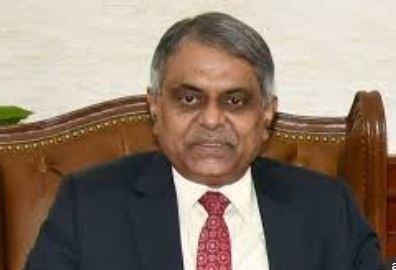 PK Sinha (Pradeep Kumar Sinha) has been appointed as the new Principal Advisor to Prime Minister Narendra Modi with effect from 11 September 2019.

PK Sinha is currently serving as an 'Officer on Special Duty' (OSD) in the Prime Minister’s Office (PMO).

PK Sinha appointment as Principal Advisor will be coterminous with the term of Prime Minister or until further orders, whichever is earlier.

PK Sinha is an Economics graduate from St. Stephens College, University of Delhi. He did his post-graduation in Economics from Delhi School of Economics (DSE). While in service he also obtained a Masters Diploma in Public Administration and an M. Phil in Social Sciences.

PK Sinha during his career as an IAS, has served with distinction in many capacities both at the level of Central Government as well as in Uttar Pradesh Government.

In Central Government, PK Sinha served as Cabinet Secretary from 13 June 2015 to 30 August 2019. Earlier, he has for many years served in the Energy and Infrastructure Sectors as Secretary in Union Ministries of Power and Shipping and as Special Secretary in Ministry of Petroleum and Natural Gas.

PK Sinha is new Officer on Special Duty 'OSD' in the PMO: De...

Government of India constituted task force on ways to reduce...

» Kalraj Mishra is the new Governor of Rajasthan

» Bandaru Dattatraya is the new Governor of Himachal Pradesh

» Arif Mohammad Khan is the new Governor of Kerala