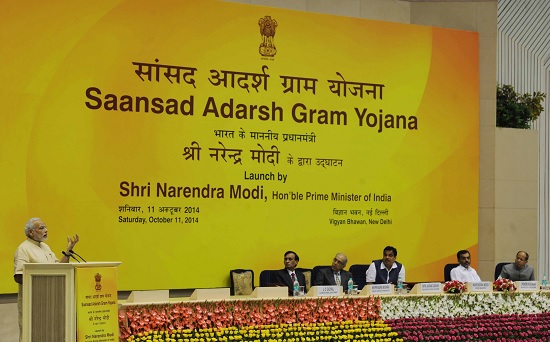 Prime Minister Adarsh Gram Yojna was launched by the Government of India in 2009-10. Initially, this scheme was started in 1000 villages of Assam, Bihar, Himachal Pradesh, Rajasthan and Tamilnadu on an experimental basis.

1. Poverty eradicates as far as possible, but a reduction in its spread to at least 50% within three years.

3. 100 Nomination and stay of children in the initial stage.

5. 100 Allocation of IAY Houses for all eligible families.

7. Access to safe drinking water facilities for all villagers on a continuous basis.

8. 100% institutional delivery for pregnant women. Full vaccination of children Connecting the village with a paved road 100% registration of death and birth in the village.

9. No child marriage and child labour.

10. Public consumption restrictions on alcohol and other intoxicants.