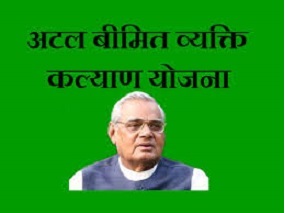 Atal Bimit Vyakti Kalyan Yojna (ABVKY) was launched keeping in mind change in employment pattern. The current scenario of employment in India has been transformed from long employment to fixed short-term engagement in the form of contract and tempting. So, there was a need to provide assistance to employees in case they get unemployed for some time and search for a new job.

Atal Bimit Vyakti Kalyan Yojna (ABVKY) scheme, aimed at providing financial support those who lost their jobs or rendered jobless for whatsoever reasons due to changing employment pattern. Its beneficiaries will be insured persons covered under Employees’ State Insurance Act, 1948 for period of two years continuously.

Under Atal Bimit Vyakti Kalyan Yojna scheme, relief will be payable in cash directly to the bank account of insured persons in case of unemployment. This financial assistance will be given to insured persons even while they search for new engagement. Beneficiary insured workers will be paid money, from their own contribution towards ESI scheme, in cash through a bank account

Under Atal Bimit Vyakti Kalyan Yojna scheme, workers will be able to draw 47% of their total contributions towards ESIC after remaining unemployed for at least three months from the date of leaving their previous jobs. They can choose to receive the cash at one go or in instalments. It will be applicable to all factories and establishments employing at least 10 workers.