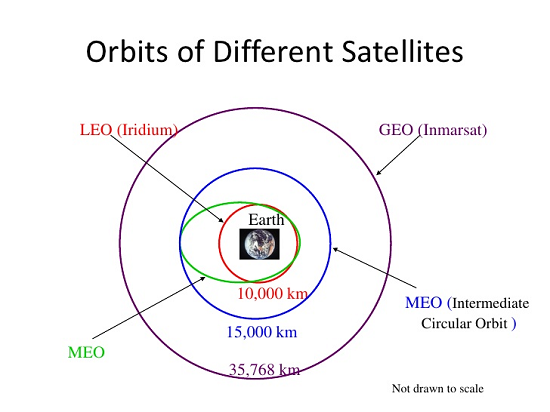 These satellites have almost a distance of 36,000 km to the earth.

E.g. All radio and TV, whether satellite etc, are launched in this orbit.

1.    It is possible to cover almost all parts of the earth with just 3 geo satellites.

2.    Antennas need not be adjusted every now and then but can be fixed permanently.

3.    The life-time of a GEO satellite is quite high usually around 15 years.

These orbits have a moderate number of satellites.

1.    Compared to the LEO system, MEO requires only a dozen satellites.

1.    The antennas can have low transmission power of about 1 watt.

2.    The delay of packets is relatively low.

This orbit is made for satellites that do not revolve in circular orbits a very few satellites are operating in this orbit.

China launched a high-orbit satellite for its BeiDou global ...