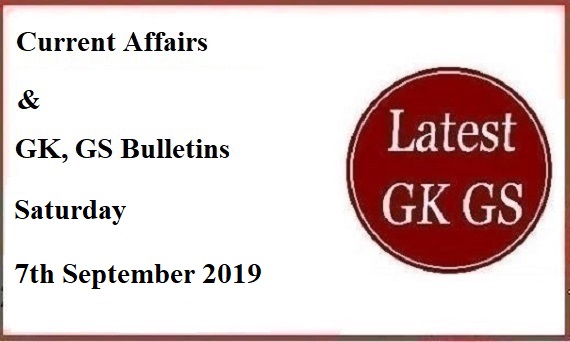 0. ISRO lost communication with Chandrayaan-2 on its landing before how many kilometers away from moon?

1. Robert Mugabe passed away at the age of 95 on September 6, 2019. He served as the President of which nation for almost four decades?

3. Which among the following Ministries won the Swachh Bharat award in Swachhta Action Plan category?

4. Which city is hosting the 28th edition of India-Thailand Coordinated Patrol exercise?

5. When is the International Literacy Day observed every year?

6. Which city will host the Sixth India-China Strategic Economic Dialogue 2019?

7. Which country is ranked 10th in terms of gold reserves, as per the recent survey of World Gold Council?

8. Which Indian wrestler has been given top priority in World wrestling championship?

9. Which automobile company recently closed its manufacturing plant for five days in Chennai?

10. Which country has temporarily closed its diplomatic missions in Nigeria?

11. India has offered how much ‘Line of Credit’ for the Russian Far East region?

12. When is the International Day of Charity observed every year?