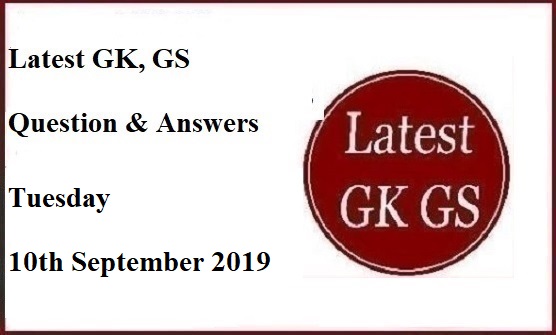 1. When is the World Suicide Prevention Day observed every year?

1. Which among the following Union Territories will have a common high court?

2. India has announced one million dollar humanitarian aid to which nation?

3. Which nation’s president announced recently that he has canceled his secret meeting with the Taliban leaders and Afghanistan President?

6. Which city hosted the ‘ANGAN’, an international Conference on Energy Efficiency in Building Sector?

7. Which of the following personalities has been bestowed with the 2019 Ramon Magsaysay Award?

8. What is the name of the book based on the speeches of President Ramnath Kovind, whose second edition was recently released by the Vice President?

9. How many times has Spain's star tennis player Rafael Nadal won the US Open title?

10. What is the name of the first Canadian women tennis player who recently won the US Open 2019 title?