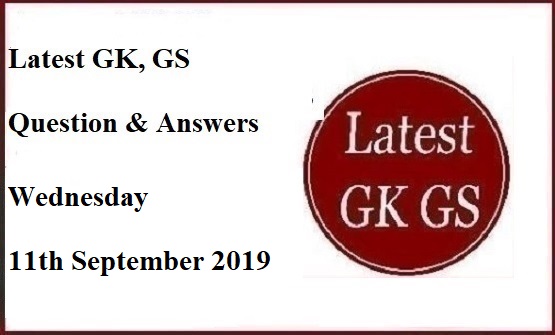 1. Jack Ma stepped down as the Chairman of which among the following companies?

2. When will the National Animal Disease Control Programme be launched?

3. Which body has urged India to end lockdown, curfew in Jammu and Kashmir?

5.  Union Government has set up a panel consisting of how many members to oversee bifurcation of J&K into two Union Territories?

6. Which committee has been constituted by the Union Government to oversee the bifurcation of Jammu and Kashmir (J&K) into Union Territories?

7. Which Committee has been de-recognized recently for violation of Sports Code?

8. India’s second Multi-Modal Terminal (MMT) will soon be inaugurated by PM Modi. The Terminal is located in which city?

9. Who took oath as the Governor of Rajasthan recently?

10. When is the World Suicide Prevention Day observed every year?

11. India's PM Narendra Modi is the 3rd most followed leader on Twitter with how many followers