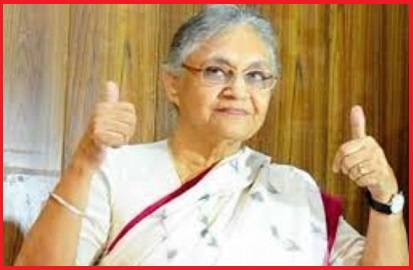 Sheela Dikshit was born on 31st March 1938 in Kapurthala in Punjab.

Sheela Dikshit was educated at the Convent of Jesus and Mary School in New Delhi and graduated with a Master of Arts degree in history from the Miranda House at the University of Delhi.

Sheila Dikshit's political journey started in 1984 when she was elected MP from Kannauj Lok Sabha seat.

Sheila Dikshit was the longest-serving chief minister of Delhi, serving for a period of 15 years from 1998 to 2013.

Sheila Dikshit was awarded the 2010 Dara Shikoh award by Indo-Iran Society, 2013 Delhi Women of the Decade Achievers Award 2013 by ALL Ladies League for Outstanding Public Service.