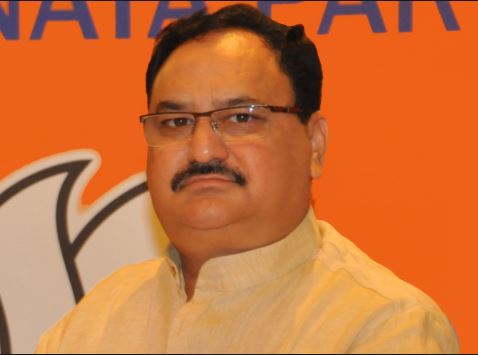 JP Nadda full name 'Jagat Prakash Nadda' was born on 2 December 1960 ( 58-years-old) is an Indian politician and former Union Minister of Health and Family Welfare and member of Rajya Sabha from Himachal Pradesh and Parliamentary Board Secretary of Bharatiya Janata Party.

JP Nadda started his political career as a student leader of the ABVP in Bihar and has closely worked with Narendra Modi, Amit Shah, and Nitin Gadkari.

JP Nadda was appointed as the president of the BJP’s youth wing, the Bharatiya Janata Yuva Morcha (BJYM) in 1991 at the age of 31.

JP Nadda in Himachal Pradesh's cabinet, was cabinet minister responsible for Forest, Environment, Science, and Technology, from 2008 to 2010.

JP Nadda in 2012, got elected to Rajya Sabha but before that Nadda was brought to the national team by Nitin Gadkari in 2010. In 2014, during a cabinet reshuffle, Prime Minister Narendra Modi made Nadda, the Minister of Health.

Pradhan Mantri Jan Arogya Yojana 'PMJAY' to be launched on 2...

Ayushman Bharat Scheme: Cancer Patients To Get Benefits Without Being Hospitalised

Ayushman Bharat Scheme: Cancer Patients To Get Benefits With...

WHO Adopted Resolution on Digital Health Introduced by India

WHO Adopted Resolution on Digital Health Introduced by India...

Health Ministry Proposed To Roll Out Initiative For Preventi...