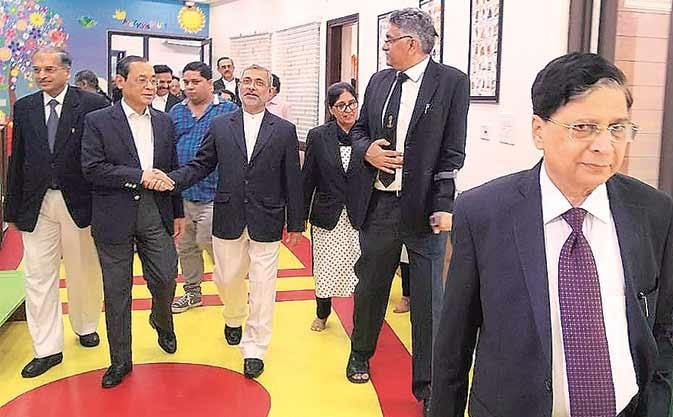 The collegium system of appointment of judges is popularly referred to as judges-selecting-judges.

Every Judge of a High Court shall be appointed by the President by warrant under his hand and seal after consultation with:

Law and Act: Selection Process of Judge of Supreme Court in India

Law and Act: Selection Process of Judge of Supreme Court in ...

The NJAC Act and the Constitutional Amendment Act came into ...

» Provisions in Constitution of India to uplift status of Scheduled Tribes