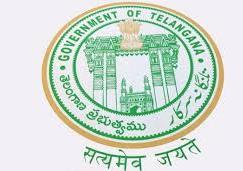 The Government of telangana has recently created 21 new districts after separating from Andhra Pradesh.

Earlier, there were only 10 districts but new 21 districts have been included.

Telangana was 29th state of India,seperation from Andhra Pradesh

Telangana was the 29th state of India and in each district there is an average of about two to four lakhs, except Hyderabad.

Earlier, Telangana also decided to make amendments in the Telangana District Act, 1974 so that they can increase the number of districts more than 27.

Telangana has also called for reconstitution of Revenue divisions and other administrative units along woth the new districts.

Tamilisai Soundararajan is the first Independent Governor of Telangana

Tamilisai Soundararajan is the first Independent Governor of...

Governor ESL Narasimhan has approved the proposal to dissolv...