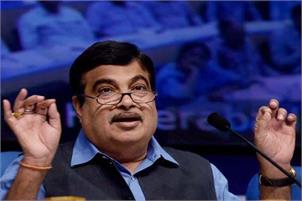 India and South Korea have signed an agreement on mutual recognition of competency certificates of seafarers, to pave a way for Indian mariners to seek employment on more than 500 Korean ships.

Union Shipping and Transport Minister, Nitin Gadkari, is on his four-day official visit to South Korea from 9th April to 12th April 2018.

Nitin Gadkari in a statement informed that the agreement will benefit both the countries, who are eyeing partnerships in ship-building, waterways and smart transportation, among others.

The agreement was signed by Gadkari and his Korean counterpart Kim Young-choon at a function on 10th April 2018 in Busan.

The MoU (Memorandum of Understanding) will boost bilateral ties between India and South Korea. It will help in creating job opportunities for Indian seafarers and also pave way for recognition of maritime education and training through various certificates issued for seafarers by governments of both countries.

Nitin Gadkari four-day official visit to South Korea is aimed to strengthen ties between two countries and cooperation in areas, including sharing of technology, experience in port development and operation and joint participation in port-related construction, building and engineering projects etc.

The first waterway port in India to start in Varanasi, know about all the waterways

The first waterway port in India to start in Varanasi, know ...

Make In India: Declaration of the country's largest dry dock in Cochin

Make In India: Declaration of the country's largest dry dock...