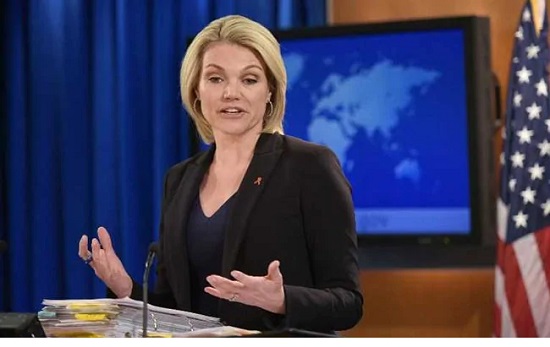 Heaher Nauret takes charge of US Ambassador to United Nations

In April 2017 Heather Nauret became the state Departments spokesperson and too named as the acting undersecretary for public diplomacy and public affairs in early 2018.

Nauret will replace Nikki Haley who will leave the post by the end of 2018.

Heather Nauret is an American Journalist and government official born on January 27, 1970. She was aged 48.

Heather Nauret belongs to the Republican party, Heather Nauret worked as an ABC News correspondent and news presenter the fox and friends.

Heather Nauret served as acting undersecretary of state for public diplomacy and public affairs from March to October 2018.

Heather Nauret has also worked as a government affairs consultant on issues including health insurance, social security and taxes.

She was also a member of the Council on Foreign Relations.

» Jimmy Adams appointed as Director of West Indies Cricket Board