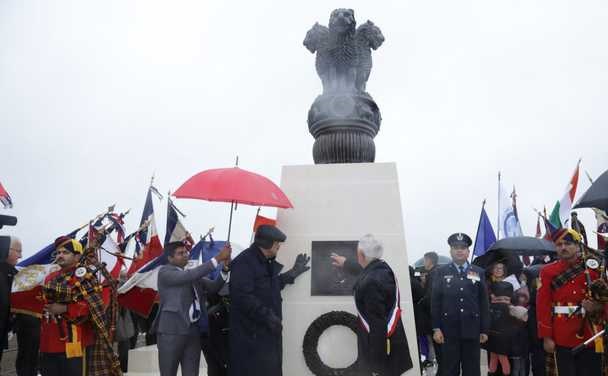 Inauguration of a memorial in honour of Indian soldiers in France by Vice President Venkaiah Naidu.

Vice President M. Venkaiah Naidu inaugurated the first war memorial built by India in northern France in honour of the martyr's Indian soldiers in World War I. Vice President was in France on a three-day trip.

During the inauguration of the War Memorial at Villiers Guiscellen town, Naidu also interacted with ex-servicemen and children of the French Armed Forces.

The Vice President said, "It is a great tribute to thousands of Indian soldiers whose courage and dedication have been appreciated by the whole world.

This is the first such kind of monument after independence that India has built in France.

The announcement of the construction of this memorial was made by Foreign Minister Sushma Swaraj during her last Paris visit in June 2018.

About 6.82 million soldiers fought in this war.

99 million 11 thousand soldiers were killed in this. Among them were 75 thousand Indians.

This was the biggest unmanned tragedy until the second world war.

A total of 7.3 million people, including soldiers, were killed in World War II.

But, the greatest invention occurred during World War I.

India Serbia Relations Ties 2018 agreements in Defence and I...